A few months ago, Compco Fire Systems raised an amazing £3,650.00 for a local Cancer Support Group. The cheque was presented to members of the support group and the founder’s wife. The below article was written by our HR department for our local newspaper;

“Compco Fire Systems, based in Lower Wick, decided to celebrate the Christmas season by raising money for this worthy charity which is very close the company’s heart.

The Worcester Cancer Support Group was founded in 1982 after Mrs Render’s husband was diagnosed with cancer. Mr Render formed the group after there was no one to go to for advice or support leaving them afraid and uncertain of the future. When Mr Render sadly passed away 1991 there was a further 15 groups operating and supporting cancer patients in the Midlands for which he was awarded the M.B.E.

Mrs Render and the rest of the Worcester Cancer Support Group hold monthly meetings on the first Thursday of every month at 7:30pm at the Spire South Bank Hospital on Bath Road. Here they welcome those that have been diagnosed with cancer along with their family and friends for a chat, coffee, tea and biscuits in a friendly, relaxed atmosphere with occasional speakers and discussions.

To raise this incredible amount of money, Compco Fire Systems held a Christmas raffle which included many excellent prizes donated by the company. Tickets were offered for sale to all of Compco’s 246 members of staff across the company including those from our regional office and those who work on site throughout England, Scotland and Wales. Prizes included a holiday, a weekend Morgan care hire, a hot air balloon ride and many more. In addition to this, every year, the company also receive generous Christmas gifts from suppliers which are also raffled off to employees for a guaranteed prize with all money raised going to charity.

This year, on top of both raffles, Compco Fire Systems made a pledge to double the amount raised by employees which meant that the total was an incredible £3,650.00.

The Worcester Cancer Support Group is financed totally by voluntary donations so this amount will make a huge difference. The money raised will be used to help cancer patients in desperate need.

If you would like to find out more about the Worcester Cancer Support Group, please contact Sylvia Render on 01905 422654 or email sylviarender@talktalk.net.” 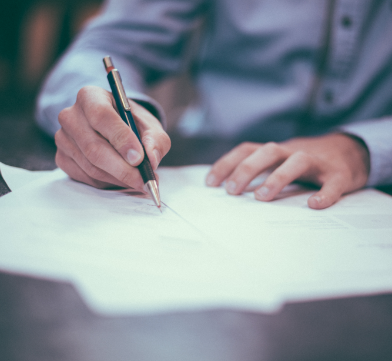 To end the @NFCC_FireChiefs "Fire Sprinkler Week", we wanted to catch-up with Charlotte who originally joined us two years ago as part of our Internal Training Programme.

For more information on our available opportunities or services, please contact HR:

For National Fire Sprinkler Week we wanted to share a current project of ours – UCLE in Stratford!

This high quality project is nearing completion and includes a combination of Sprinklers & Wet Riser Systems.

Well done to our London team!

Compco was founded in 1988, so we have seen modern sprinkler heads and fire suppression system technology develop through the years and adapted accordingly.

In our Head Office in Worcester, we keep a collection of fire sprinkler heads on display to document these developments! https://t.co/JblBXEEo5Y

In support of "National Sprinkler Week" organised by the National Fire Chiefs Council – NFCC, we wanted to suppress a couple of common myths and misconceptions around fire sprinklers!

Did you know that Monday the 16th of May marks the start of National Fire Sprinkler Week? 💧

We hope to use this week to share important information about the fire sprinkler industry and introduce more of our team to the local community.

What would you like to see from Compco during National Fire Sprinkler Week?

The Oldbury office are CHAMPIONS! ⚽

On Friday the 6th of May, we held our annual 5-a-side football tournament at the St. John's Sports Centre in Worcester!

There were 6 teams from Service, Design, Contracts, Sales & Estimating, QS & Accounts, and Oldbury.

This week, we welcomed 3 students from @CHRISTOPHER WHITEHEAD LANGUAGE COLLEGE for 1 week of work experience in our Head Office in Worcester.